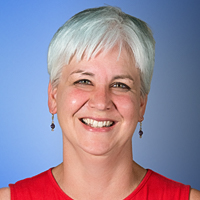 Jennifer Van Hook conducts demographic research on the settlement and incorporation patterns of U.S. immigrants, with one strand of her work focusing on illegal immigration. Her work also focuses on the social, economic and health assimilation of immigrants and their descendants.

She is currently working on a project that uses linked U.S. Census data to better understand the assimilation process as it unfolded for Mexican immigrants across the 20th century.

The fight over the 2020 census citizenship question, explained

According to Jennifer Van Hook, a professor of sociology and demography at Penn State University, demographic groups that have large shares of unauthorized immigrants are the ones most likely to inaccurately mark themselves as citizens

"Ocasio-Cortez at the hearing said the proposed 2020 citizenship question was not a reinstatement of the 1950 question. It’s 'quite materially different,' she said. Is it? That depends on the meaning of 'materially different,' said Jennifer Van Hook, Roy C. Buck professor of sociology and demography at Penn State University. 'The wording of the question and mode of interview are different, but both questions get at similar information,' Van Hook said."

"Like many social scientists, Van Hook thinks that the current hyperpartisan debate over immigration could make the data from future surveys even less reliable."

"A 2013 study showed citizenship misreporting on the bureau’s American Community Survey was common among recent immigrants from all countries, and among Mexican men no matter how long they had lived in the U.S. Jennifer Van Hook of Penn State University and James Bachmeier, now at Temple University, compared federal immigration statistics with the ACS, which asks about birthplace, citizenship and an immigrant’s arrival year."

"That concern isn’t applicable only to undocumented residents. As Pennsylvania State University demographics professor Jennifer Van Hook wrote last month, focus groups conducted by the bureau last year showed that the concern was more widespread. The Trump administration’s anti-immigrant rhetoric and policy may have increased mistrust among all immigrants, not just those who are undocumented. During focus group interviews conducted by the Census Bureau roughly six months into Trump’s presidency, immigrants appeared anxious and reluctant to cooperate with Census Bureau interviewers. They mentioned fears of deportation, the elimination of DACA, a “Muslim ban” and ICE raids. One respondent walked out when the questionnaire turned to the topic of citizenship, leaving the interviewer alone in his apartment."