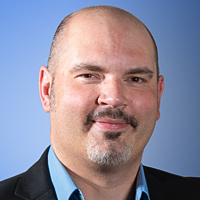 Professor of Communication Arts and Sciences,
Director of the Center for Democratic Deliberation in Penn State's McCourtney Institute for Democracy

Bradford Vivian’s research focuses on theories of rhetoric and public controversies over collective memories of past events. Vivian is the author of “Commonplace Witnessing: Rhetorical Invention, Historical Remembrance, and Public Culture” (Oxford University Press), “Public Forgetting: The Rhetoric and Politics of Beginning Again” (Penn State Press) and “Being Made Strange: Rhetoric beyond Representation” (SUNY Press). He is also co-editor, with Anne Teresa Demo, of “Rhetoric, Remembrance, and Visual Form: Sighting Memory” (Routledge). Vivian’s work has also appeared in such journals as the Quarterly Journal of Speech, Philosophy and Rhetoric, Rhetoric and Public Affairs, History and Memory, and Rhetoric Society Quarterly.

"As I’ve shown in my research, sometimes communities decide that previously beloved narratives of the past have become divisive and deserve to be set aside. People often attempt to resolve conflicts rooted in history by adopting an attitude of forgetting. " - Bradford Vivian

"Lincoln's description of the Union as a house divided is well-remembered today. But many Americans fail to heed its deeper lessons about equality and the moral foundations of popular government." - Bradford Vivian