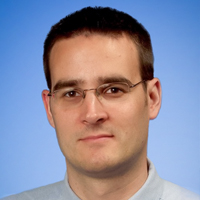 ​Douglas M. Charles is an associate professor of history who researches and publishes on the history of the FBI and its intersections with gay and lesbian history, obscenity regulation, and American politics and diplomacy. Charles has published three books and numerous articles while also being referenced in the New York Times, Time Magazine, and PBS News Hour among other high profile news outlets to clarify understanding of contemporary events. He has won the Penn State Greater Allegheny Excellence in Research Award (2015) and was the first winner of the Penn State Commission on LGBT Equity Academic Achievement Award (2015).

“Unprecedented”: 9 historians on why Trump’s war with the FBI is so stunning

FBI brought down foreign agents in the past

Why FBI directors are forbidden from getting cozy with presidents