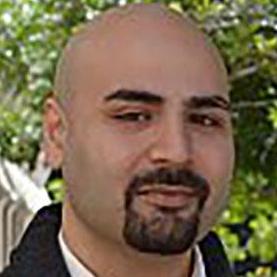 Ali A. Olomi is an assistant professor of history at Penn State Abington. His research involves looking at how Muslims imagined the “Islamic world through the intersection of religion, science, and empire and how Muslims in the premodern and modern world deployed the concept of homeland to etch the borders of the empire and construct collective identity. He studies the Muslim imagination of the monstrous through the djinn, the early history of astronomy and its role in empire-building, and Islamic apocalypticism and cosmology.

"An understanding of what was going in the Saur Revolution, or how it led to the chaos of the 1990s and the emergence of the Taliban, is crucial to today."

The U.S. replicated crucial flaws from the past in Afghanistan

"The Taliban was able to exploit this situation to its advantage by turning to those same regional warlords and local government officials who had lined their pockets with U.S. dollars for decades by promising them amnesty, position and money in a new Taliban regime."

The history of US intervention in Afghanistan, from the Cold War to 9/11

"There was a lot of money coming from both of these big, great powers in Afghanistan. And that really sets the stage for what eventually becomes a more formal military relationship to the country."

Afghans don't need the West to "save" them from Islam

"The ugly offspring of the Cold War" in a Twitter thread), it was instead framed as a bogeyman that emerged out of nowhere."

Jupiter and Saturn Are Just Showing Off Now

“From time immemorial, people have looked to the stars to help them explain the chaos of their present and the uncertainty of their future.”

“One of the things we see with the Fire nation is the ideological justification for what they’re doing,” says Olomi. “We are a glorious civilisation. We have abundance, we have wealth, we have technological advancement; we need to share it with the rest of the world. That’s almost word for word European colonisation.”